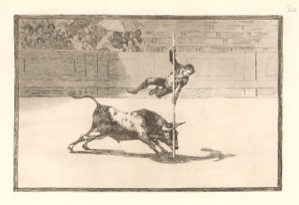 The bullfight is regarded by many to be integral to Spanish history and culture, and Goya himself was an aficionado of the sport. In 1816, the artist personally supervised the printing of La Tauromaquia, 33 etchings exploring the history, panoply, and morality of the sport he loved. Goya captured the experience and emotion of the bullfight with unprecedented acuity and depth of insight. Working from a viewpoint inside the ring, rather than in the stands, he places the viewer in the center of the action, forcing us to confront the danger and brutality of the spectacle along with the matador. Within the narrow, horizontal plane of his compositions, space is compressed and attention is focused on the action. Goya's expert use of the tools and techniques of etching and aquatint allowed him to create extraordinary effects of light and shade that define figures, focus attention, and heighten the drama of the scenes. Goya's emphasis on the sheer physical danger of the bullfight--on the confrontation between bull and man-- was a departure from popular bullfighting prints, which focused more commonly on pageantry. A child of the Enlightenment and devoted to its principles of reason, justice, and morality, Goya could not overlook the moral issues raised by this often-brutal sport. While he celebrated the history of bullfighting and the courage and finesse of great matadors, Goya also criticized flamboyant stunts and needless abuse of the bull. His depiction of the bulls as intelligent and noble was unprecedented, contrasting again with popular prints, where victorious matadors were generally portrayed standing in glory over slain, ignominious beasts. Goya's etchings forced viewers to confront a simple reality: brutality and tragedy, for man and bull, are as common to bullfighting as grace and valor. In La Tauromaquia, Goya displayed his knowledge and love of the bullfight, and, at the same time, revealed the sensibilities of an enlighted man of conscience. It is a tribute to his artistry that these captivating images continue to be relevant and thought provoking today. 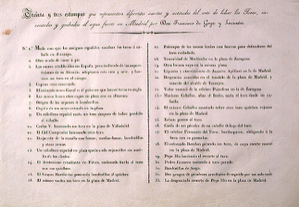 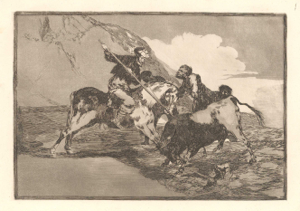 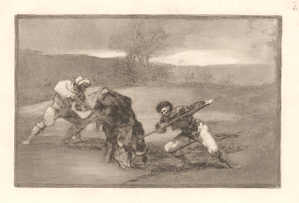 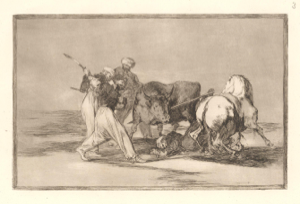 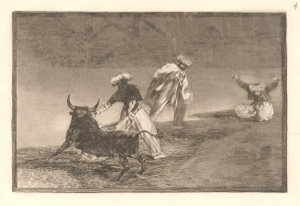 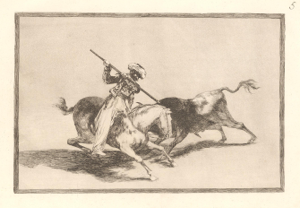 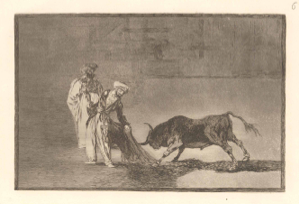 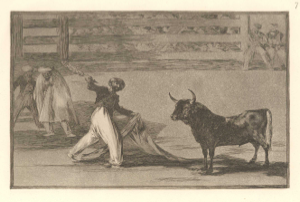 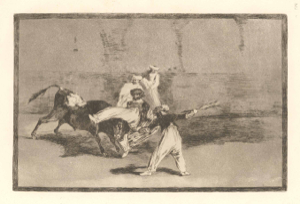 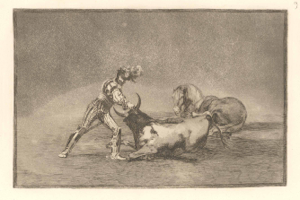 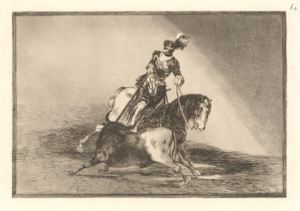 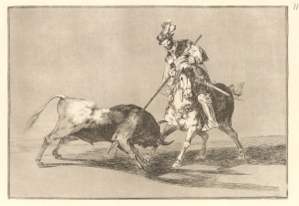 Your current search criteria is: Portfolio is "La Tauromaquia".