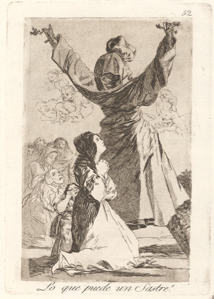 First published in 1799, Los Caprichos exposed the vice and corruption that led Spain to be branded as "Black Spain" in the eighteenth and nineteenth centuries. In the 80 etchings that comprise the series, Goya depicted the peasantry's superstitious belief in witchcraft, the arrogance of the nobility, and the widespread corruption of the Catholic Church. To avoid alienating powerful individuals at Court and to protect himself from the wrath of the Inquisition, however, the artist masked his satire by means of images that would inspire multiple interpretations. For example, in plate 68, two nude witches, one old and withered, the other young and voluptuous, ride a broomstick. The image clearly refers to the belief in witchcraft, but, on a less obvious level, it also addresses the issue of prostitution within Spanish society. This subtle layering of meanings, seen with particular brilliance in Los Caprichos, is one of the hallmarks of Goya's artistry. Only a few copies of the first edition of Los Caprichos were sold. Despite Goya's attempts to veil the critical nature of the series, he felt it necessary to withdraw the prints from circulation and make a gift of the plates to the Spanish monarch. Ultimately, however, Los Caprichos became Goya's most popular series; Domenico Tiepolo owned a set, as did EugÃ¨ne Delacroix, who borrowed freely from Goya's images. Twelve editions of Los Caprichos were produced between 1799 and 1937, and it was primarily through this print series that Goya became known outside of Spain. 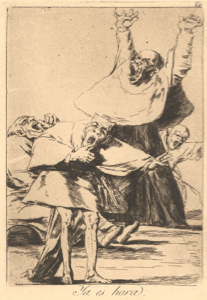 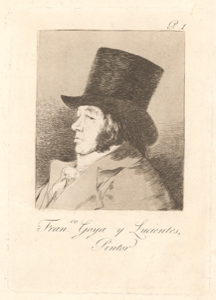 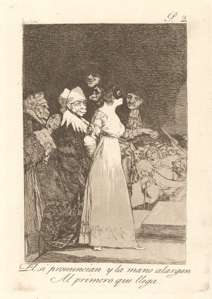 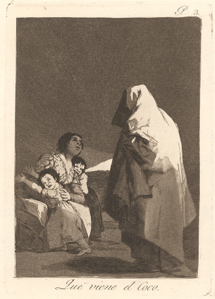 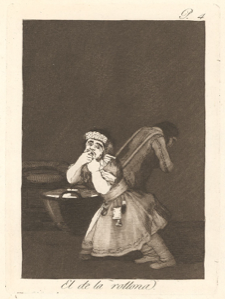 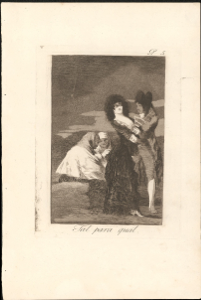 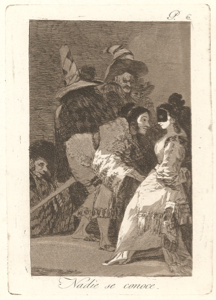 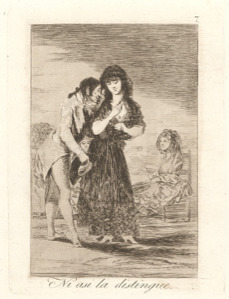 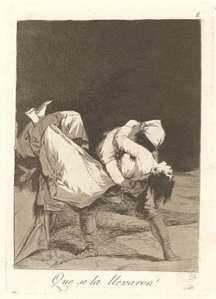 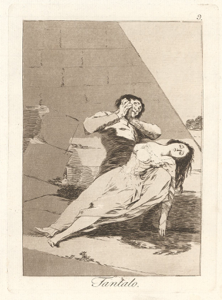 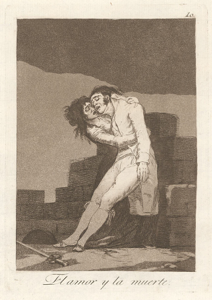 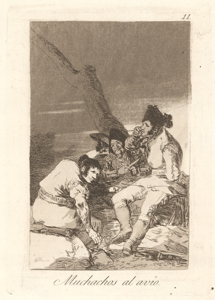 Your current search criteria is: Portfolio is "Los Caprichos".